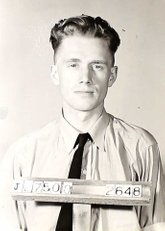 Harold Braathen (left) was the 8th man aboard ME699 when it was shot down on the night of 4th/5th July 1944. It was his first operational flight, and he was aboard as "Navigator 2" to observe an experienced crew ahead of his own crew starting its operational career. Frank Wareham had done the same back on the 26th March, flying a mission to Essen with S/Ldr S.L. Cockbain.

Early in putting this page together I made contact with Harold's family in Canada and his neice, Diana,told me that Harold was a Canadian school teacher and graduate of the University of British Columbia, where he appears on the roll of honour, who had volunteered for the RCAF and ended up after training posted to 44 Squadron.

He was one of eight children and he was the only one of three brothers that enlisted not to return from the war. He had married his wife Audrey during his Embarkation Leave. They had a few days together before he left for the UK and never returned.

Harold's brother F/O Hans Braathen was also in the RCAF and was shot down on D-Day while flying on a glider tug. He was briefly taken prisoner by the Germans, but he and his crew managed to turn the tables on the demoralised troops and ended up walking 60 prisoners back to the allied beachhead. This is explored further below.

The other brother, L-Bdr Nels Braathen, was wounded in January 1945 while serving in Holland in an anti-tank unit.

Diana also sent me a couple of grainy photos, including the one on the right.

That was it for twelve years, until Dan Cimini contacted me to say he was researching Harold as part of looking into the men from his area that had lost their lives during WWII.

What follows, and the enlistment photograph of a very handsome young man above, is courtesy of Dan, many thanks for your help.

Harold was born on 3rd August 1916 in the province of Medelpad, Sweden . His father, Harold Einar Braathen, was a farmer and the records state was actually born in Australia. His mother was Ingrid, born Ingrid Jensen in Denmark. The family moved to Canada at some point after this and settled in British Columbia.

When Harold enlisted in July 1942, he was living in Prince George, British Columbia, and had been working as a teacher at Pouce Coupe since 1938. His enlistment forms show that he was well educated, with a degree in Maths, multi-lingual (English, Swedish and witten French) and sporty, playing softball, hockey, badminton and football. The notes on his enlistment state that Harold was "physically fit", had "good response to the special tests", "wants to be aircrew" and was "a good candidate for aircrew."

The reviewing medical officer stated on the record the following. "Enlisted as he felt it was time he was in it. Had a call for military service 2 years ago which was cancelled, and no call since. Pleasant, sincere and co-operative, quite intelligent. From his motivation and apparent lack of aggressiveness he is not too impressive as pilot material but should be alright as a navigator."

Training as a navigator seems to have commenced in Edmonton in August 1942, with various courses attended, including some in Regina over the next year before he was scheduled to be posted overseas in June 1943.

Once in the UK, training continued at various units through the late summer and autumn of 1943, and through the winter Harold and his new crewmates learnt how to fly and fight together in a bomber. The last stages of training, conversion from a twin engined aircraft to four engines and a seven man crew took place in April and May1944, with finally, conversion to Lancasters in June 1944.

On 30th June 1944, training complete, Harold and his crew were posted to 44 (Rhodesia) Squadron at RAF Dunholme Lodge in Lincolnshire. From the squadron ORB it seems that the crew was the usual mix of characters and nationalities as follows:

On the 4th July 1944 F/Sgt Donald Lade flew with F/L White as "second dickey"  and Harold Braathen flew with P/O Bill Young as Navigator 2 on the raid to St Leu d'Esserent. Young's aircraft was lost without trace.

Lade's crew flew operationally together, with a different Navigator, W/O T L Awcock, RAAF, for the first time on 12th July 1944. Awcock was posted in to 44 Squadron from 98 Squadron on the 8th July 1944 as a replacement for Harold Braathen.

Donald Stephen Lade, by then a Flying Officer, was lost on 11th September 1944 on a mission to attack Darmstadt, along with Awcock, Starkie and Benjamin and three other crew, all killed. Lade is buried at Reichswald Forest War Cemetary, the others have no known grave and are commemorated at Runnymede.

Of the original Lade crew, Sgt Geoffrey Coates bailed out after the aircraft was damaged by flak and a fighter on a mission to bomb Bois de Cassan on the 6th August 1944 and evaded capture, returning to the UK later in August when picked up by liberating forces. Sgt Price was transferred to 207 Squadron on the 13 August. I have found no record at the moment of what happened to Flight Sergeant Miley who may possibly have been injured in the incident on the 6th August as he did not fly with the crew after this date.

None of these airmen seem to be in the casualty listings that I can find, so hopefully they were some of the lucky ones.

Harold was posted as missing when ME699 failed to return on the 5th July, and was presumed KIA on the 17th July 1945.

One year later Harold's father received a letter from the RCAF Casualty Office in Ottawa confirming that Harold was buried in France. 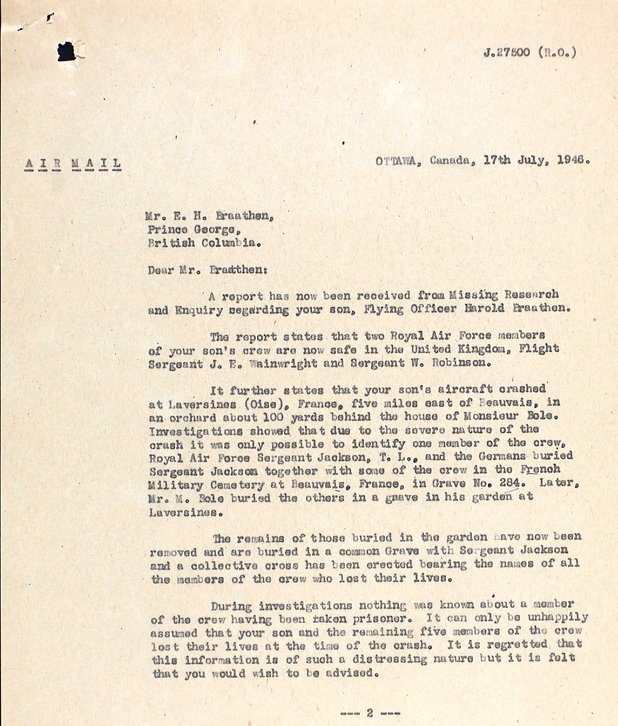 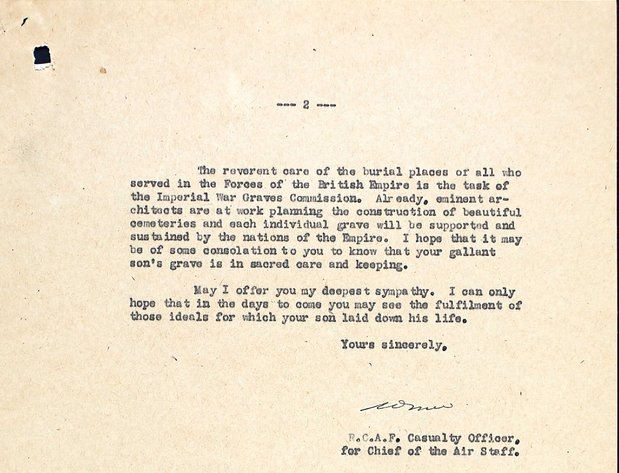 Harold Braathen is remembered at the Canadian Virtual War Memorial. 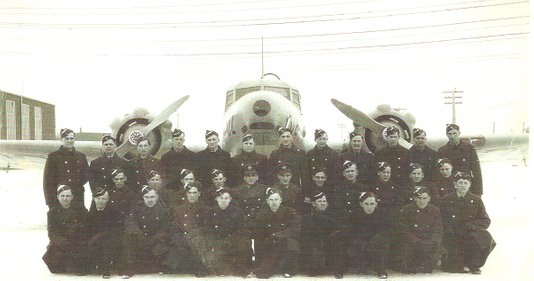 Having already taken one glider during the night in support of the landings, the aircraft took off again at 10.10am from RAF Fairford with further airborne troops in tow and ammuntion containers for troops already fighting. Flying low over the landing grounds they were hit by machine gun fire from the ground and the aircraft's port outer caught alight.

With the dinghy also burning Thring decided it was safer to crash land than ditch in crowded seas off the beaches. Thring brought the aircraft down successfully about 6 miles north of Caen, with no injury to the crew who then hid until dark before trying to make their way back to the beachhead. Unfortunately they mistook a German patrol for American troops and were captured.

They were escorted to a Chateau at Mathieu, North of Caen, fed and kept in a barn overnight. The next day, 7th June saw the German position attacked by British troops, with the crew taking cover in a trench with the Germans. Fighting continued until dark after which the German officer in command told the Canadians that he intended to surrender the next day.

At dawn on the 8th June the Germans laid down their arms, and when the Chateau was approached by British troops instructed the RCAF men to take them prisoner and escort them out to safety, which they did. They ended up with 61 prisoners much to the amusement of the British troops.

After this the crew was escorted back to the beaches and put on a boat to the UK, arriving back at RAF Fairford on the 9th June 1944. 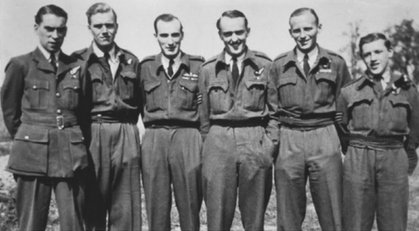 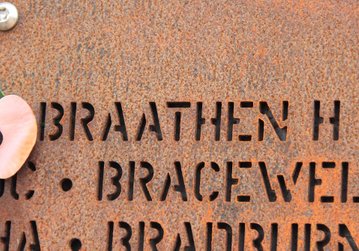