One of the most treasured possessions of Bob Routledge's family is his flying log book from his career with the RAF during WWII.

It covers his time from initial training as an Air Gunner which commenced on the 17th June 1943 through all his various training courses to his operational career with 44 (Rhodesia) Squadron from March 1944 to August 1944 and then on as an Air Gunnery instructor until his release from the RAF in July 1945.

With the permission of the Routledge family I have scanned the pages of the book and they can be found indexed here. 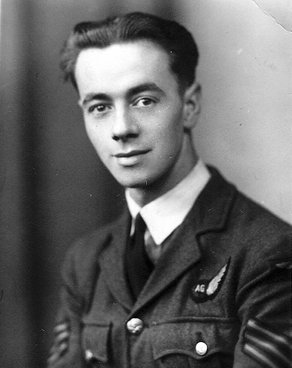 Missing - PO Young is missing 5/7/44 - in another man's handwriting, presumably entered when it was believed Bob was also missing